A NEW PROJECT BEGINS: SPACE. REGENERATION AND COMEDY ON THE TRAIL OF TROISI 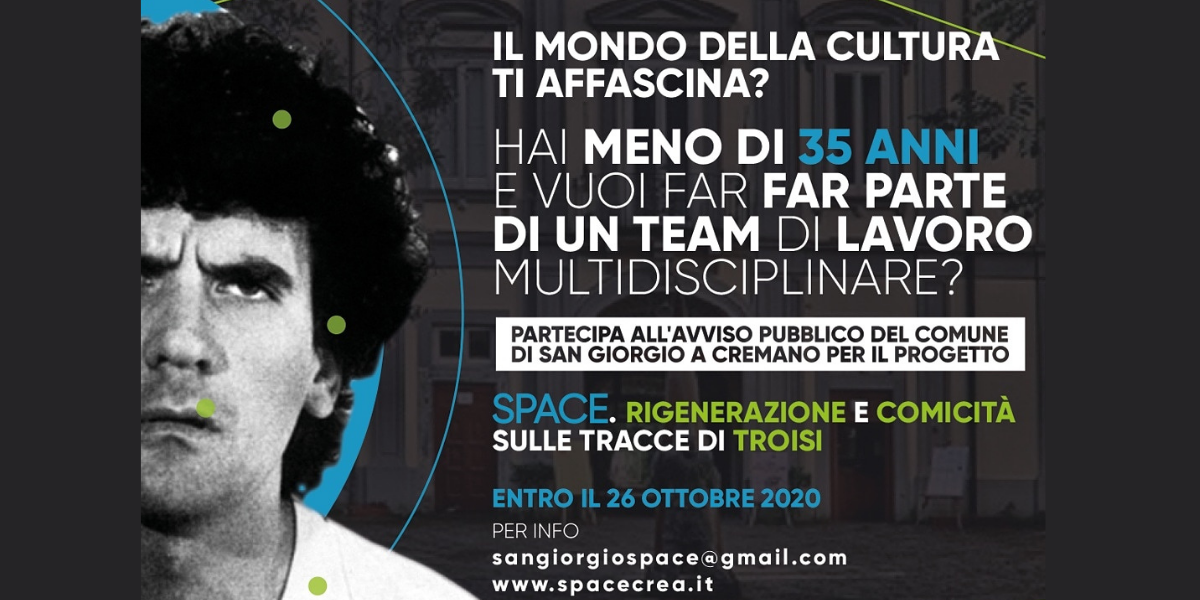 Project Ahead is preparing to coordinate the World Café of SPACE. Regeneration and comedy on the trail of Troisi Project that will be held on July 15 from 16:00 to 18:00 in S. Giorgio a Cremano (NA) in the spaces of the eighteenth-century Villa Bruno, in via Cavalli di Bronzo 20.

The World Café will be a moment of listening and dialogue with the territory, aimed at stimulating creativity and intercepting ideas and visions on the future cultural programming of Villa Bruno, intended as a national and European multidisciplinary hub for youth creativity, expressed above all through language of comedy, and place subject to regeneration by the project.

The meeting, which will be the first participatory action of the SPACE project. Regeneration and comedy on the trail of Troisi, it is open to associations, cultural operators, students, businesses, institutions, young people.

To participate in the World Cafè send an email to sangiorgiospace@gmail.com by 12 July 2020

The initiative is co-financed by the Presidency of the Council of Ministers - Department of Youth and the National Civil Service and of the National Association of Italian Municipalities (ANCI).

For information, follow the FB @sangiorgiospace page and read here.